I admire anyone who wants to drive the interest of bonsai onwards and upwards, and also to take in a new direction. Embracing online communication via social media, blogging etc. fully will reach a wider audience, reduce costs and bring immediacy to news and events. I understand that there are those who do not engage or simply do not have access; unfortunately this is there loss. For an organisation to thrive the best way of accessing its members must be addressed, the very fact that you are reading this indicates that you are NOT a Neo-Luddite. 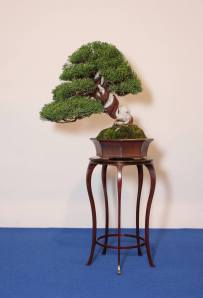 Here is the release from British Shohin Bonsai

Last Saturday saw the official “launch” of British Shohin Bonsai and interest in the group is already taking off well.

We have used “launch” in inverted commas as it is more a case of revamping of an older familiar face. BSB has arisen from the British Shohin Association which was the first and only Shohin and small sized bonsai society in the UK for nearly eight years. Sadly, as with many clubs and societies, the BSA was finding it difficult to get people to take on the administrative functions necessary to run an organisation.

But rather than let the momentum of the BSA fizzle out,  a group of members took it upon themselves to progress the group in a manner that involved an entirely new way of doing things. 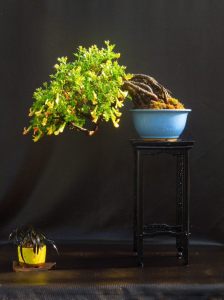 Accepting that a sizeably large number of people wish to source their bonsai knowledge and indulge their bonsai passion online, the BSB decided that they would relaunch using an internet presence as the main method of reaching the bonsai public. A new Facebook group has been established to front this process, along with a new website.

As with the BSA, the aim of the new group is to promote the smaller sizes of bonsai, and while the online presence allows us to this through discussion, we will also be retaining the best bits of the BSA – namely the Exhibition and the Journal. These, along with occasional workshops and demonstrations, will allow us to develop people’s practical skills.

The name change is simply because we felt that a slight change of  “branding” was needed. This is mostly to give due respect to the sterling work done by the officers of the previous incarnation. It is truly good that most of them are coming with us on our new journey and we hope that freeing them up from the shackles of a committee position will allow them more freedom. 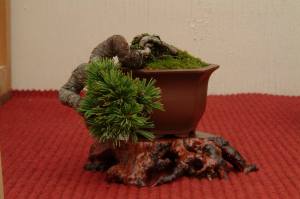 Although there is no formal membership for BSB, we will be introducing a Supporters set-up whereby in return for a small one-off donation, you get access to the Journals and reduced price entry to BSB events.

Shohin bonsai has certainly taken off in the past few years and the former BSA was instrumental in that happening. We hope to continue that momentum and to take smaller sized bonsai to even greater , erm… heights.

One comment on “British Shohin Bonsai: A new beginning” 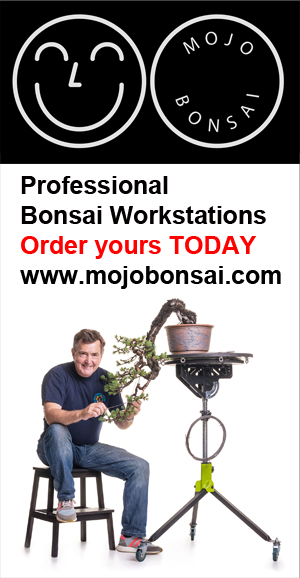