The Myrtle before the die back

Creating good bonsai is not an easy task, doing it properly building ramification, branch structure and foliage mass all takes time. I love using native British trees because they thrive in my location, I am after all British and living in the cold wet North of the UK.

I have worked other species from the Mediterranean, trees from as far south as Sicily, Olives from Spain and Pistachio from Croatia. I have a heated glass house that over winters these trees and I have had moderate success. NOTHING like the locals where these trees originate because I do not have the all year round heat or UV levels. In January this year I saw that a Myrtle was look looking well, lots of random branches were dying, some areas stayed green. After posting photos on Facebook Warren Radford my buddy from the South of England (he has a rather special Myrtle) told me to cut the tree hard back and it would recover… So I cut back hard, removing all the branches that were clearly dead… and today you can see the tree has indeed recovered. Apparently the problem was lack of water, I really don’t water my trees much in winter (it rains rather a lot where I live) but in the glass house I should consider watering a bit more…Thanks Warren! 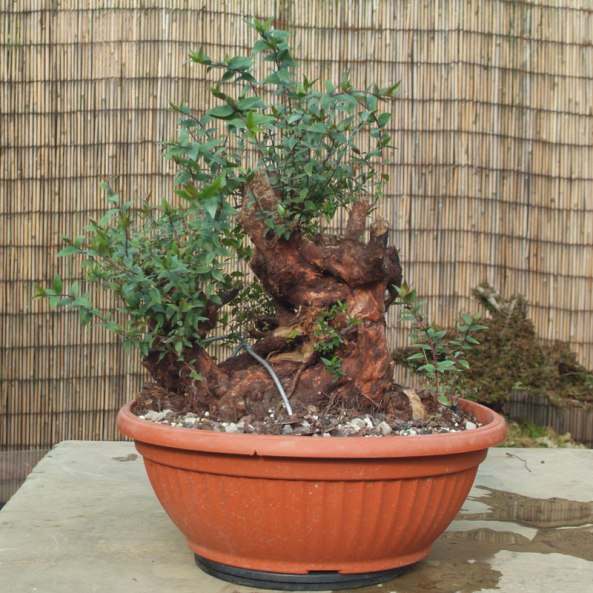 The Tree at the time of purchase

The tree has recovered